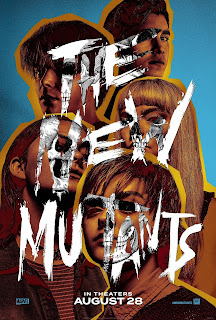 The best thing one can say about this film is that thanks to last year's Dark Phoenix, it isn't the worst X-Men film to come down the pike lo these past twenty years.

I know, and begrudgingly accept, that, over the course of thirteen X-Men films in those aforementioned twenty years, Fox has changed a lot when adapting from the little page to the big screen. Their changes to Rogue, and especially Mystique, have been horrendous at times (I truly hate Jennifer Lawrence's Mystique - the furthest thing from the comic character one could ever imagine) but even that is nothing compared to what is done to The New Mutants in this fiasco.

I'll give them dropping comic original member Karma for the enigmatic Magik. After all, when Magik joined the team, she quickly became a fan favourite, and to this day has become one of the best and most kickassing members of both The New Mutants and The X-Men proper. But all the other changes? No, I'm not giving them those.

Let's even pass over how Magik is BFF's with Lockheed the dragon here, when in the comics it is Kitty (now Kate) Pryde, who is best buds with the aforementioned dragon (as well as would be love interest to Magik, but that is another story for another time), and move onto the rest of this film. I mean, Anya Taylor-Joy (the chess playing it girl of Netflix right now) as Illyana 'Magik' Rasputin is at least the one (almost) saving grace in this wretched movie.

Why the origin story of The New Mutants is portrayed in this way (which, for those comic book neophytes, is nowhere close to how they were portrayed in the 1980's X-Men spinoff series - not even a little bit) I cannot begin to understand. It has nothing to do with streamlining or making things more coherent or any nonsense like that. It's just baffling, and to be honest, it makes my head hurt trying to figure it out.

Let us also not pass over the "fun" fact that the character of Sunspot (aka Robert DeCosta, who btw is never called Sunspot in the film) is played by a very light-skinned actor when in the comics he is portrayed as a dark-skinned Brazilian. Just more typical Hollywood white-washing.

Anyhoo, even when you push the comic book nerd stuff aside (and yes, this critic is able to do that ...sometimes), you are still left with a poorly written and quite pedestrian directed film. I guess we shouldn't be surprised. What else could one expect from the director who gave us the godawful shmarmfest The Fault in Our Stars. And then there is the cast. But then again, the fault isn't in the stars. See what I did there?

Actors who are normally great in other things (re: Maisie Williams from Game of Thrones, who admittedly does has the perfect look for the character of Rahne Sinclair & Charlie Heaton from Stranger Things) are just drab drab and more drab here. Exactly what kind of Kentucky coal mining rube is Heaton trying to channel with that accent? Even Anya Taylor-Joy can only do so much (after doing so much in The Queen's Gambit, which by the by, was filmed after this movie was already in the can for more than two years).

And speaking of being in the can, The New Mutants has been sitting on a shelf since 2017. Since then, the whole landscape of Marvel movies has changed. Marvel, via Disney of course, now has the rights to The X-Men family back from Fox. So, when Fix finally decided to dump this into the empty spaces of a pandemic riddled movie theatre system in 2020, and later onto Netflix, one can sadly watch this film and see plot points and hanging threads that show it is setting itself up for a series of sequels that we know full well are never ever coming.

Even if the MCU decides to add these characters to their stable in Phase 5 or 13 or 37 or whenever (I think Magik is really the only one that may happen with, but ya never know) it will be via a reboot and (thankfully) have nothing to do with this atrocity. As I said in my opening salvo, thanks to Dark Phoenix, this isn't the worst X-Men movie, and thanks to a few Fantastic Four movies, it's not even in the bottom three of Fox Marvel movies, but still, it is indeed a most fitting end to Fox's haphazard (more hazard than not) era of making Marvel movies. Now let's see what the MCU can (eventually) do with these franchises, shall we? 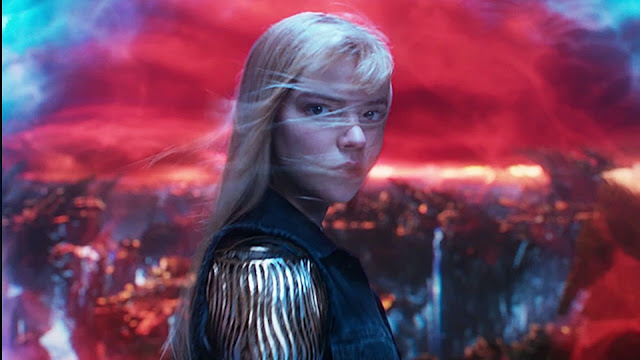