The Extended 2020-21 Film Awards Season, and What that Means for the 37th Annual Kevy Awards! 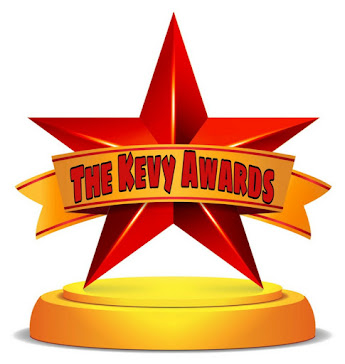 So, with the pandemic and and all the closings that came along with it (I'm guessing you've heard about the pandemic) the 2020-21 movie awards season has been extended. Since movie theatres were closed (for the most part) for many months, and are only partially opened even now, the Academy decided to extend the eligibility deadline from the normal December 31st to a much later February 28th. To go along with this extension, the Academy has also postponed the Oscar night ceremonies from the typical end of February / beginning of March to April 25th. So as to not leave the Oscars feeling lonely, the Screen Actors Guild and Independent Spirit Awards have both done the same. And so, that means I should do the same, right? Hells no! I ain't no follower!! The Golden Glibes didn't postpone til April. They're still doing there awards at the end of February. Granted, that's still a month later than normal, but not nearly as dramatic a move as others. The Kevy Awards are normally given out a week or so after the Oscars, which is usually early March, but this year, even though the Oscars will be April 25th, The Kevy Awards will still be coming atchya on March 7th - just like they were always going to be.

Wait, what? Are you saying you don't even know what the Kevy Awards are? Is such a thing even possible? They're only the 63rd most prestigious movie awards given out in the United States every year. How can you not have ever heard of the Kevy Awards!? There was even a big cover spread in Vanity Fair a few years back. Still nothing? The annual red carpet each year? No, still nothing? That just blows my mind. Meryl Streep even has one. Oh yeah, I guess La Streep has pretty much every award out there. I think she might even have a Stanley Cup. Oh well, I suppose you need a bit of a history lesson. So here goes.

The Annual Kevyn Knox Cinematic Achievement Awards, or the Kevys as they are more familiarly known, are an annual film awards that have been given out since 1984. The first Kevy Award winner for Best Motion Picture was Once Upon a Time in America, the final film of Sergio Leone, who also took home Best Director that inaugural year. But Best Picture and Director are not the only Kevy Awards. Nor are any of the other typical categories like Actor and Actress, Screenplay, Cinematography, Costumes, Animated Film, and so on and so on. I mean, all these awards are given out at the Kevys, but there is so much more.

You get the regular standard awards fare, but you also get much much more. For instance, at the Oscars, and other awards shows, you get one Costume Design award. One lousy award. But here at The Kevys, you get three. That's right,, three! You get Contemporary, Period, and Fantasy. You also get more than boring old Original Score and Song. At The Kevy Awards, you also get Best Adapted Score, or Soundtrack if you will. Past winners include Back to The Future, Goodfellas, Pulp Fiction, Dazed & Confused, and High Fidelity. There is also, to go along with Original Song, Best Use of an Already Established Song. Examples are past winners like Layla for Goodfellas or Stuck in the Middle from Reservoir Dogs. Then we have the Musical categories. Best Musical Number in a Musical. This one should be obvious. Past winners include Cell Block Tango from Chicago and The Love Medley from Moulin Rouge. The other one is Best Musical Number in a Non-Musical. Past winners include the Tiny Dancer sing along from Almost Famous or the Twist Contest in Pulp Fiction. But there's still more!

There are scene categories like Best Kiss (a notable past winner is Spidey & MJ's upside kiss from Spider-Man); Best Sex Scene (Heath & Jake in the tent in Brokeback Mountain); Best Action Sequence (pretty much being won by the MCU for the past decade); and Best Death Scene, for which I will not spoil anything for anyone right now, though Robert Downey Jr did win this award last year. There are also fun categories like Best Hero (Iron Man & Captain America have both won this award in various years); Best Villain (Thanos, Bane, Heath Ledger's Joker, Jack Nicholson's Joker, but certainly not Jared Leto's Joker); and Best Diva (Meryl Streep in The Devil Wears Prada, Nicole Kidman in Moulin Rouge, and RDJ in Iron Man). There are also categories like Best Line, Best Poster Design, and Best Overall Scene. You also get Best Breakthrough Performance (past winners include Amy Adams in Junebug and Jennifer Lawrence in Winter's Bone); Best Juvenile Performance (Abigail Breslin in Little Miss Sunshine and Haley Joel Osment in The Sixth Sense); and Best Cameo (Stan Lee almost every year since 2008). There is also Hottest Male and Hottest Female Performances. Brad Pitt & Margot Robbie won this award last year for their respective roles in Once Upon a Time in Hollywood. Margot, Harley Quinn may get her back to back victories this time around.

But hey, I've rambled on enough. As I stated earlier, the 37th Annual Kevy Awards will be handed out on March 7th, 2021 - a week after the Golden Globes. After all, since the voting body of The Kevys is a single human being (me, duh), there is no need to make time for thousands of potential voters to see all the films, not that most Oscar voters really do that. So no delays needed here. Who knows. Maybe this way, The Kevys will have an influence on Oscar voters. One can dream. Bit I digress.

For anyone who wants to see a complete list of all past winners and nominees (all the way back to 1984), I am currently working on a Kevy Awards Database Page on this very blog. It should be up and running sometime before the aforementioned March 7th ceremonies. And also, while we're on the subject of year end cinematic things, my annual Best of the Year list will be delayed only one month, from it's normal early January release to a early February release. This is due to the extended eligibility period, and the fact that there will be a few possible top ten films I will not be able to see until later than normal. Most notably, Nomadland, Minari, One Night in Miami, and Promising Young Woman. That Best of 2020 list will be announced (right here and on all the social medias) on February 1st. So anyhoo. That's it for this blog post. See ya 'round the web. 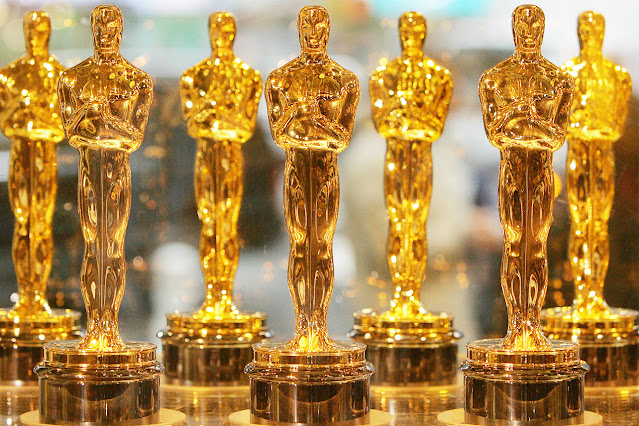