Okay, so here we are five posts into the new and improved edition of the "All Things Kevyn" blog, and I haven't even introduced (or re-introduced, as the case may be with some of you loyal fans out there in the world wide web) myself to you. So, for better or worse, here goes.

First off, yeah I know, a blog - in 2020!? That is so 2011 of me. But hey, I'm old school. Just be glad I'm not Xeroxing this thing off in a zine format and shoving it through your collective mail slots. A blog it is, so deal with it. Now to be fair, this blog is nothing new. I set up my first website of sorts waaay back in 2005. It was a film review site and it was hosted by Geocities. If you don't know what Geocities was, then you're probably to young to be reading this anyway. Let's just say that Geocities is to Wordpress or Squarespace what My Space is to Facebook. We're talking the days of chat rooms and that godawful dial-up buzzing noise. But I digress. That site (not technically a blog, as I built it via HTML, a format I quickly taught myself as I went along) lasted for a handful of years. Then cam my first blog.

It was 2009, and my new blog was called "The Most Beautiful Fraud in the World". I stole the title from a quote by Jean-Luc Godard, describing how he felt about cinema. And that is what the blog was all about - cinema. Film reviews. Movie polls. Cinematic history. All that fun stuff. It was a period in my life where I was obsessed with cinema. I would regularly travel (back, in those halcyon pre pandemic days, when that was still a thing one did) to Philly and NYC to catch press screenings and film festivals and pretty much any film I could not see in my smallish hometown of Harrisburg Pa. This is also the time period that I took on my quest to watch the 1000 Greatest Films, determined by the way, via a conglomeration of hundreds of separate film lists brought together on one convenient webpage. It took just two and a half years to accomplish this daunting task. A daunting task indeed. A daunting task that I would write about on my blog.

Now at this time, my wife and I were running a small arthouse cinema in the aforementioned Harrisburg Pa. We did this gig for four years. Well, her for four years, me for three and a half, as I came into the fold six months after she had. This was still in the pre-digital age of actual celluloid running through an actual movie projector. It was also here where we would stay after hours to watch movies, both on celluloid and on the DVD player we had hooked up next to the projectors. It was also here, in these after hours times, that I, along with our assistant manager, and my co-questor Charlie, took on the task of watching those aforementioned 1000 Greatest Films.

In 2013, the owners of the cinema (already known for some rather shady business practices) unceremoniously gave us the boot so they could put their friends in charge. They took many of our ideas, which they said would never work when we suggested them, and put them into practice. Then they turned around and tried to sabotage any future jobs we looked into getting. The place is still running today, and still with the same owners (I think there may have been an indictment against one of them in the intervening years), but it is less an arthouse cinema these days, and more a hipster hangout with specialty coffees and artisan popcorn. Yes, we are still bitter. But again, I digress.

As the Summer of 2013 hit, my love of cinema waned a bit. I mean, I had just spent two and a half years watching the 1000 Greatest Films, along with all the latest releases as well. It was a steady diet of 3 or 4 films a day. Crazy, huh? Well, that along with the bitterness of our old bosses screwing us over, I took it a bit easier as far as film watching went. And by a bit easier, I mean only one film per day. Yeah. But this also meant the end of "The Most Beautiful Fraud in the World" and the start of a brand new blog. Hence "All Things Kevyn" was launched in the Fall of 2013. This blog would not be solely about cinema though. This would be a blog about anything. Movies. TV. Music. Comic Books. Politics. Poetry. Whatever. So, awaaay I went.

Now "All Things Kevyn" was a place I showed off my love for all of pop culture (and where I first began calling myself a Pop Culturist). For two years, it ran perfectly. 3 to 4 posts a week, on film and TV and comics and what have you. Then my ADHD kicked in and I was distracted by other shiny objects. The posts were less and less all the time. For the past three years, I have barely written on my blog. Maybe 5 or 6 posts a year. Had the love of writing fallen away? I hoped not, and several attempts were made at restarting the blog, but nothing ever came of these admittedly pathetic attempts at resurrection. That is, until now.

For the most part, I have not been working since Covid hit in March. I am GM of a local bar & music venue and we have been hit hard by the lockdowns. Luckily unemployment kicked in and my ebay shop has been selling a lot more as of late, but hopefully I (and the venue, The New HMAC) will be back in a few months. But alas, this has left me with a lot of time on my hands. I wrote a book with some of that time. It's a look at TV, called "Forgotten TV: 101 TV Shows You've Probably Never Heard Of" and is for sale now on Amazon in both paperback and digital form. Check out other ways to purchase said book over in the sidebar of this here blog! I have also taken on another quest (one involving comic books - scroll to a couple posts before this one) and, as I said, re-energized my ebay selling prowess (I have an attic full of action figures and bobbleheads and comic books and what not to sell away). But this, along with the periodic bursts of artistic mayhem, wasn't enough, so a return (an actual resurrection) to "All Things Kevyn" was upon us. A few film reviews and a post about the aforementioned comic book quest later and, voila! We have arrived.

So there you have it. The history of the blog in Americas ... or so ething like that. This blog is back and better than ever. Movies. TV. Comics. Politics. Art. Collecting. Pop culture du jour. Whatever pops into my head, might pop onto this blog. So there. Keep reading for posts on the regular once again. There will be more film reviews, and some TV reviews too. My annual Best of the Year list (and many more lists - I loooove lists! In fact head on over to my Top Ten Archive, still in progress). Some posts on comic books are a sure thing too. And maybe a celebratory post on January 20th. I think you all know why. Huzzah! 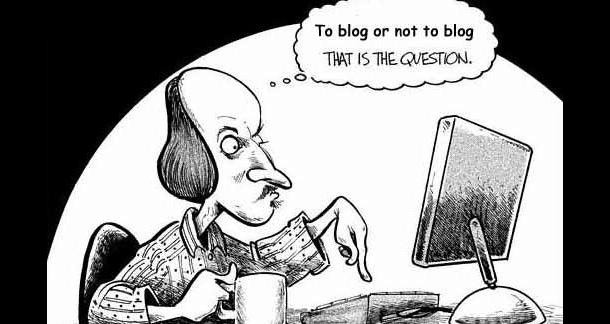