The Jurassic Park / World Movies Ranked from Best to Worst 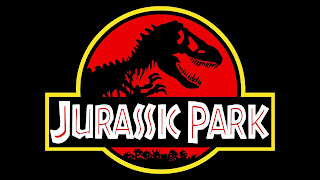 The world of Jurassic Park. There have been six movies in total. Three Jurassic Park movies and three Jurassic World movies. So, now that I've seen the sixth in the franchise, Jurassic World: Dominion, I can make my opinions known on how they should be ranked. I think number one is obvious, but I'm a completist, so here goes...

2. The Lost World: Jurassic Park (1997) - The second movie in the original trilogy, and the last one directed by Spielberg, though he would stay on to produce the rest of the series through his Amblin Entertainment. It didn't get much love when it came out, but it is a fun movie. Nowhere near the original but still quite fun. I mean, this one has taken a supporting Jeff Goldblum and made him the star. How can that not make anything better!?

3. Jurassic World (2015) - Directed by Colin Treverrow, this updated version takes place 20 years after the disaster of the original Jurassic Park. Chris Pratt, who seems to be a total twat in real life, is nonetheless, a fun action star. Just coming off the surprise success of Guardians of the Galaxy, Pratt plays the typical cocky alpha male hero opposite Bryce Dallas Howard's uptight park administrator. There are similarities to the original storyline, and the action is jam packed, but Treverrow is no Spielberg, and Pratt is no Sam Neill. No one is Goldblum, but that should go without saying.

4. Jurassic Park III (2001) - Not an awful movie, but not to the same level of the second one either. Joe Johnston, the man who gave us Honey, I Shrunk the Kids and Jumanji, took over the helm from Spielberg, who stayed on as producer. The story bring Sam Neill back into the fold, as he is forced back into the world of dinosaurs by a couple desperately searching for their lost son. My main issue with this movie is there is absolutely no Goldblum - and that is just unacceptable! I think this list is turning into a Jeff Goldblum mash note, but we shall muster on.

5. Jurassic World: Fallen Kingdom (2018) - Directed by J.A. Bayone, whoever the hell he is, this second Jurassic World movie is totally unforgettable. In case you've forgotten too (I had to look up the plot before going to see the latest installment), this time around, the dinosaurs leave the island  and after an auction gone waaaay wrong, they escape into the wilds of the US of A. At least that's what Wikipedia told me. I honestly can't remember from the one time I saw the movie five years ago. But even with that in mind, this still isn't the worst member of the franchise. And hey, only a minute or so of Goldblum!?

6. Jurassic World: Dominion (2022) - Colin Treverrow returns and he brings back the whole gang. Pratt, Dallas Howard, Dern, Neill, and yes, Goldblum too! One would think this would make for a great final movie. It did not. Our intrepid heroes get into the most ridiculous scenarios, many of which don't even make narrative sense. We get some idiotic subplot about giant locusts too. There are two quite enjoyable action sequences. I'll at least give it that. And there is a nice piece of closure for a forgotten character from the original movie - and I'm not even talking about Henry Wu. I'm sure this movie will be about as forgettable as the last one in a few years. I placed this one at the bottom not because it's necessarily any worse than Fallen Kingdom (they are about even parts of hokey and forgettable) but because I had rather high hopes for it. But, much like Star Wars; The Force Awakens, Ghostbusters: Afterlife and even Avengers: Endgame (yeah, go ahead and fight me fam!) the film is nothing more than cheap and easy fan service. Yes, we do get more of Jeff Goldblum, but even Goldblum is not enough to save this dismal reach-around fan service of a movie. Ugh. 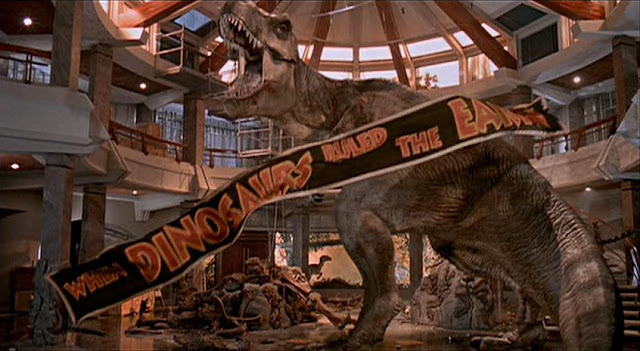